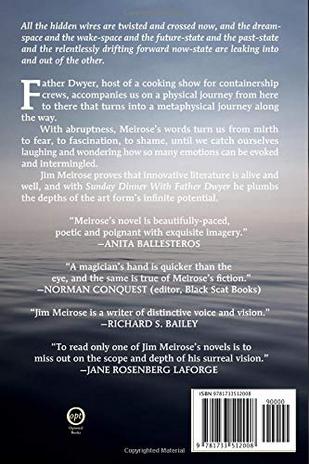 A Novel by Jim Meirose

Jim Meirose’s novel, Sunday Dinner with Father Dwyer, is a tour de force of existential parallelism and intersectionality where disparate worlds and characters rub up against each other in death spasms lubricated by industrial waste. It is a stark science fiction piece of a very near world where man is a mere functionary to and for the amusement AI beings as shipping crosses the effluent ridden seas driven by the integrated profit motifs of greed, where women glitter sharp and treacherous as a fugazi as they fear the mis-shaped heads and congenital deformities of the profit polluted gene pool. As Humanity bleeds out or suffocates slowly for their crimes onboard the last ship to nowhere there is search for, in extremis, meaning and faith and logic to find only the cold black emptiness of space.

Jim writes noir characters depicted by the words of their mouth and portrays neural divergence with a shifting, hallucinogenic swirl where the focus shifts through the paper thin layers of reality as Father Dwyer, the unholiest of defrocked priest, prepares degustation delights more depraved as he circles the seven seas of hell cooking up a feast fit for the denizens of the underworld as the ship sails on.

Camus' stranger bleeds to death surrounded by the container towers of commerce in the all too real science fiction world of the future. Like Ballard and Burroughs, Meirose works in the realm of literature as pure consciousness: a tour de force of post-modernist philosophy as writing. 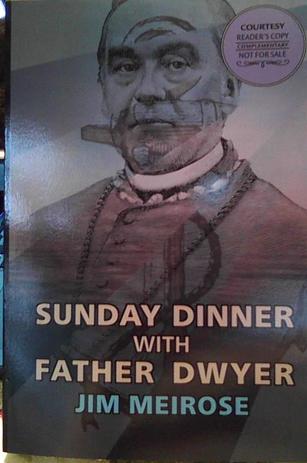